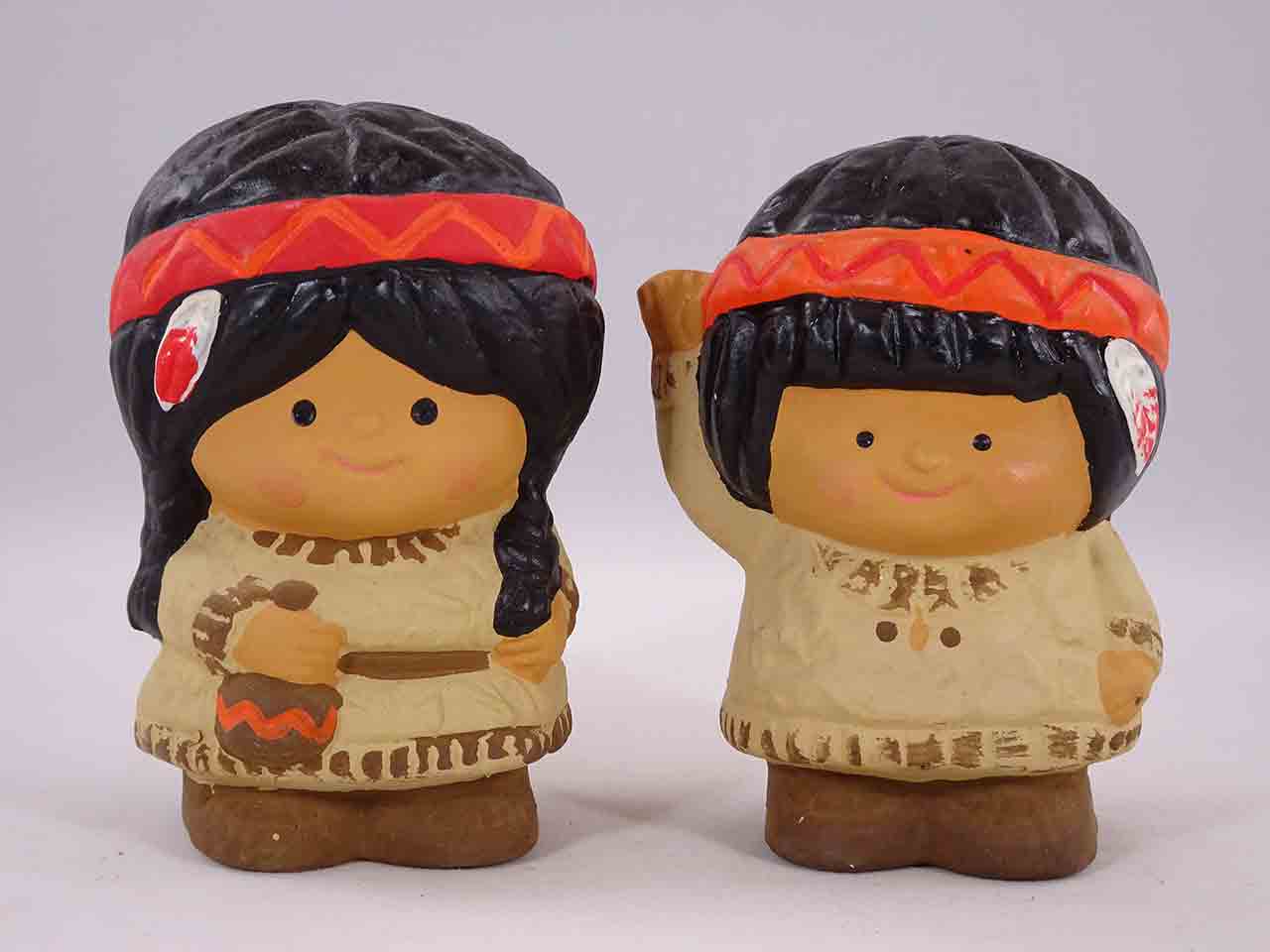 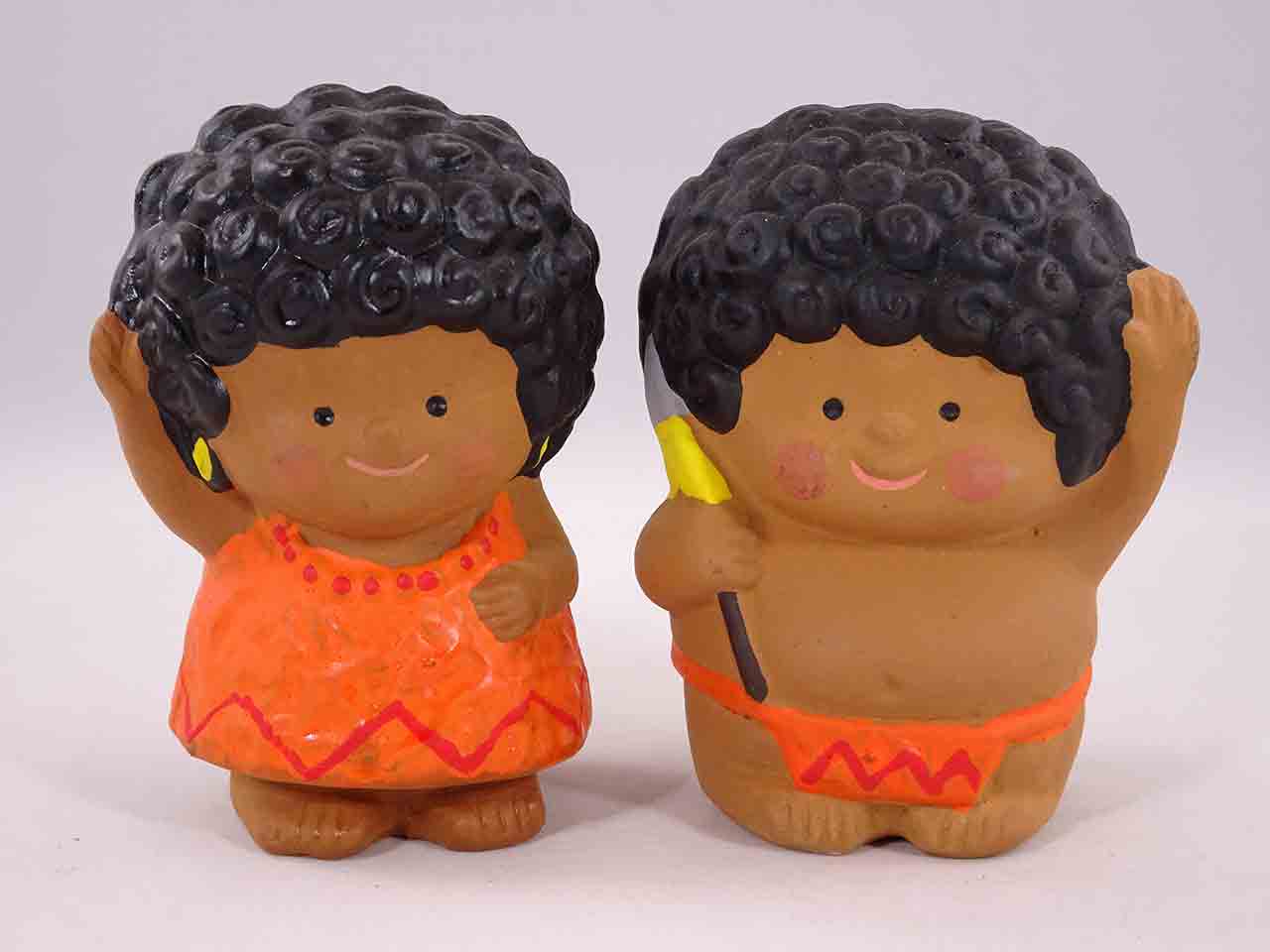 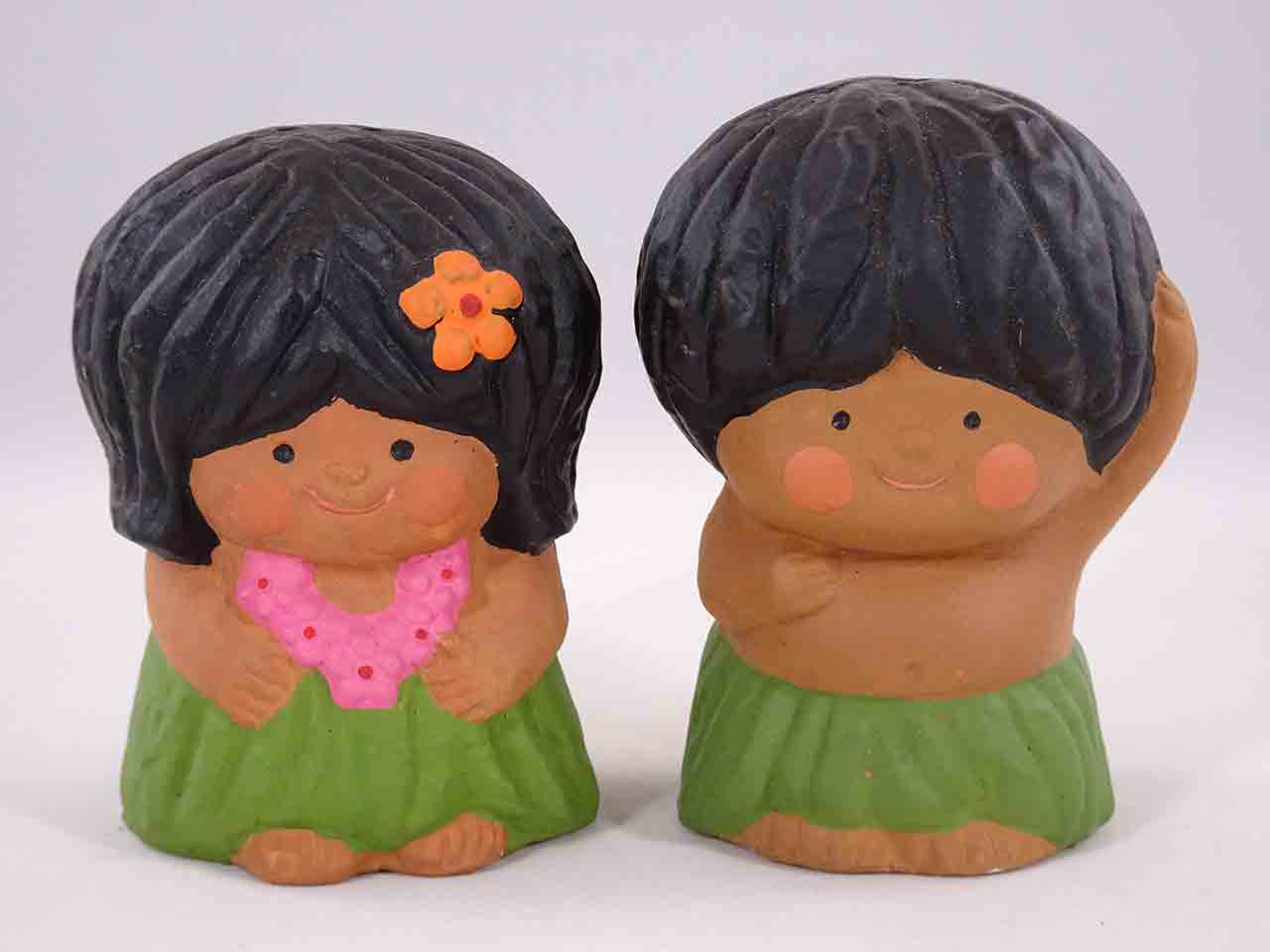 Created most likely in the 1970s, these shakers stand about 3.5'' in height.  A correct pair has 5 and 3 pour holes.  Although the series was first documented in Irene Thornburg's book entitled "The Big Book of Salt & Pepper Shaker Series" in 1999 on page 116, Irene only photographed five different sets.  We have now found seven sets, although there are two different versions of the Native Americans Indians. 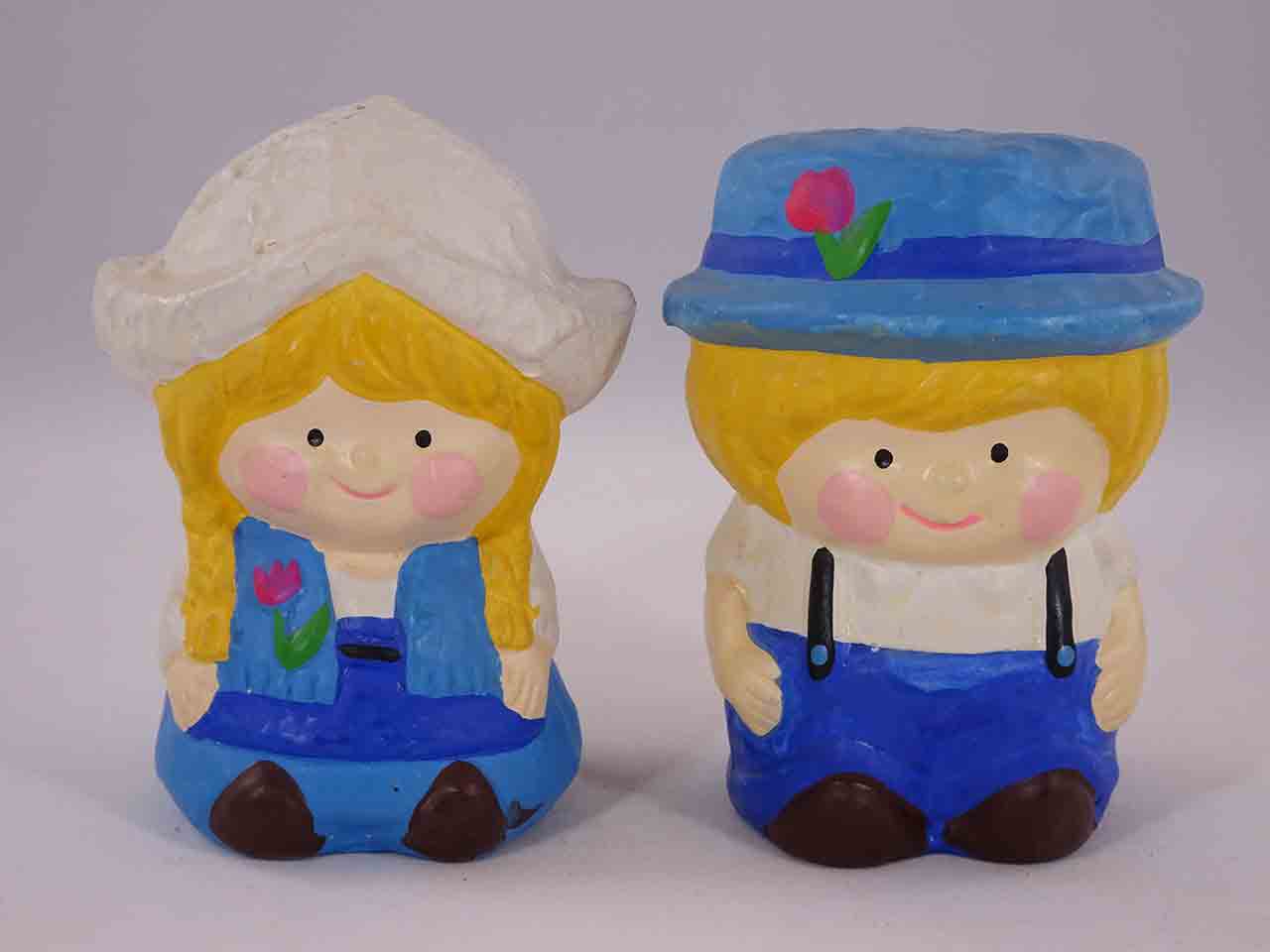 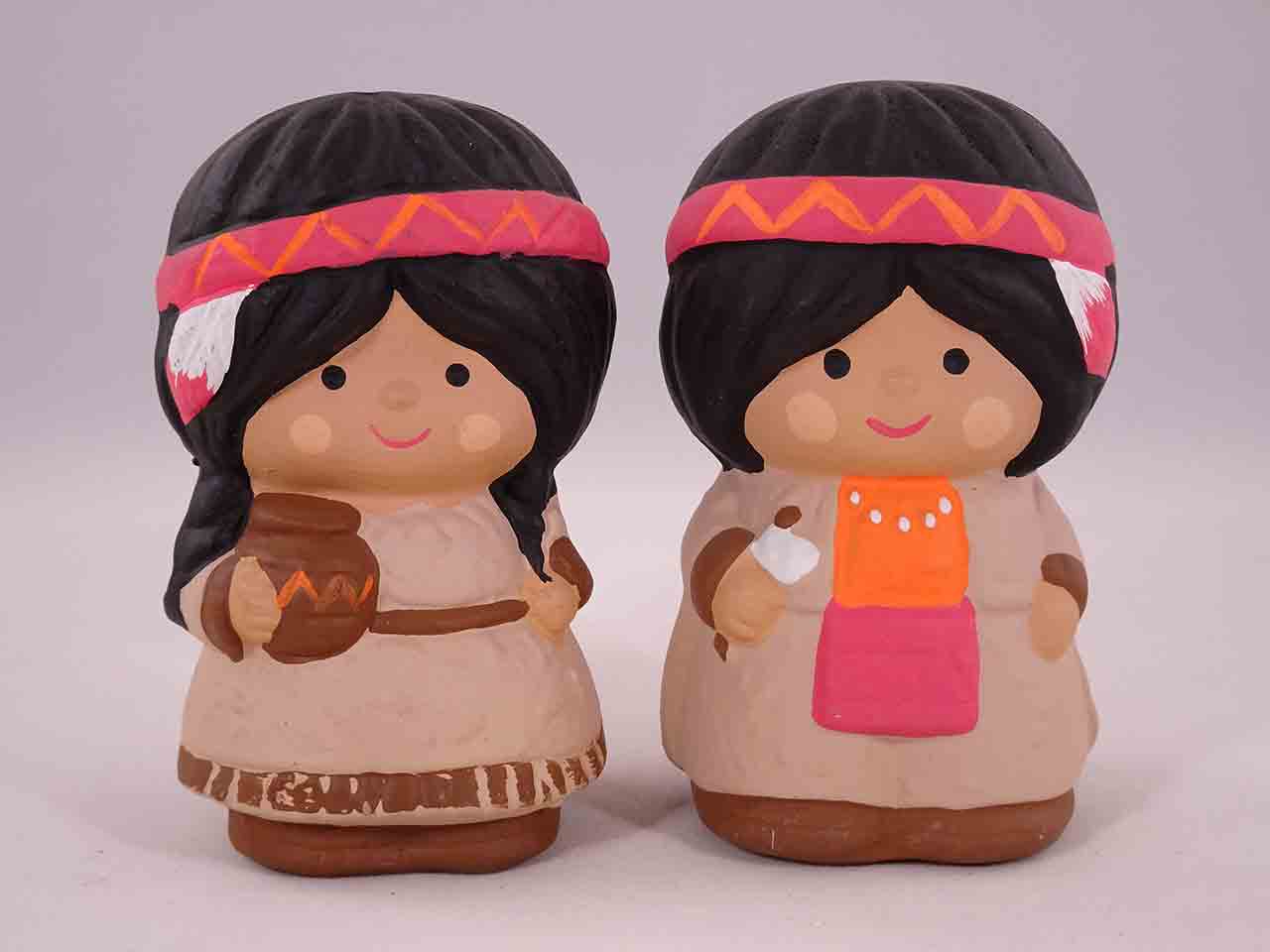 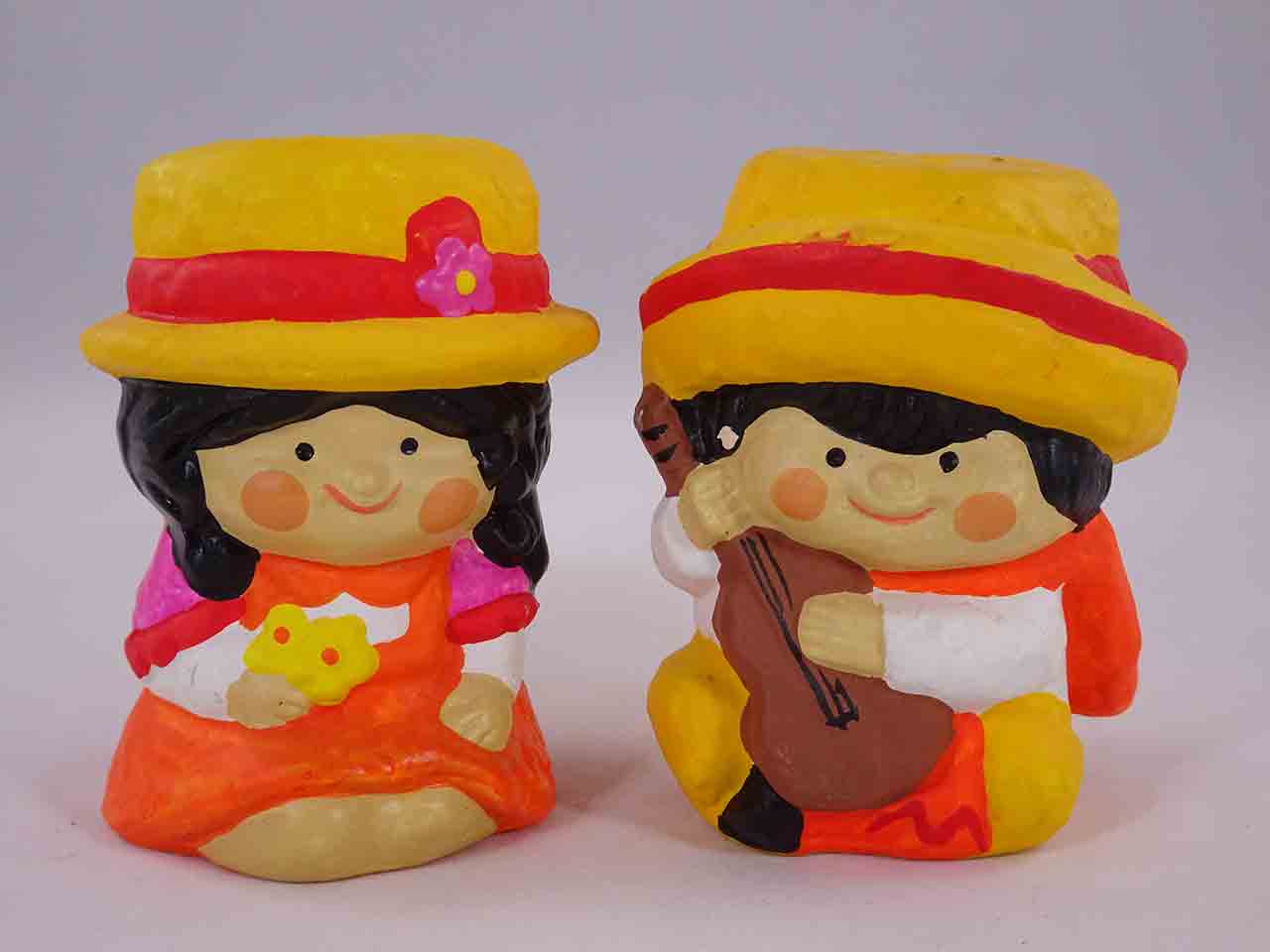 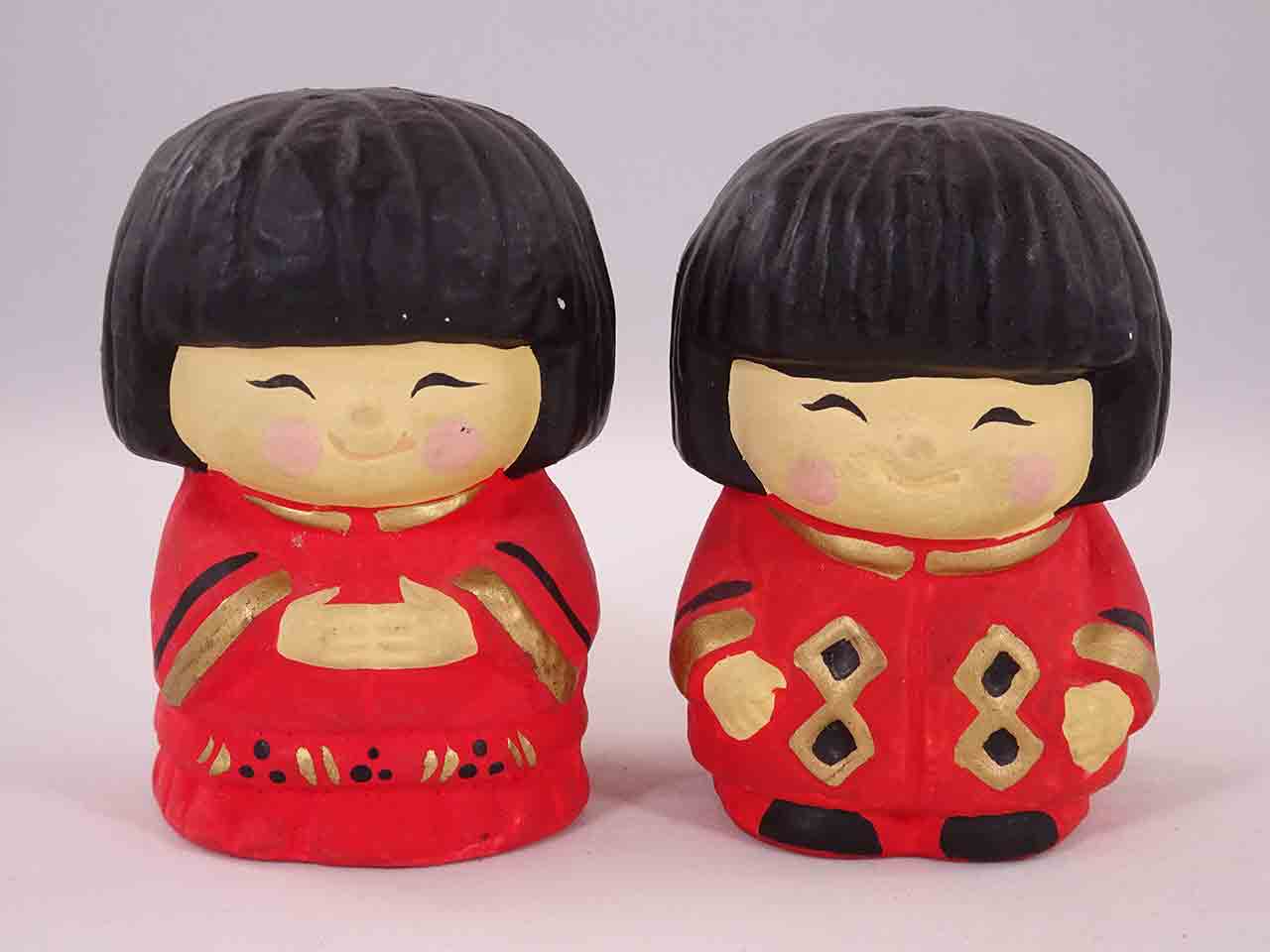