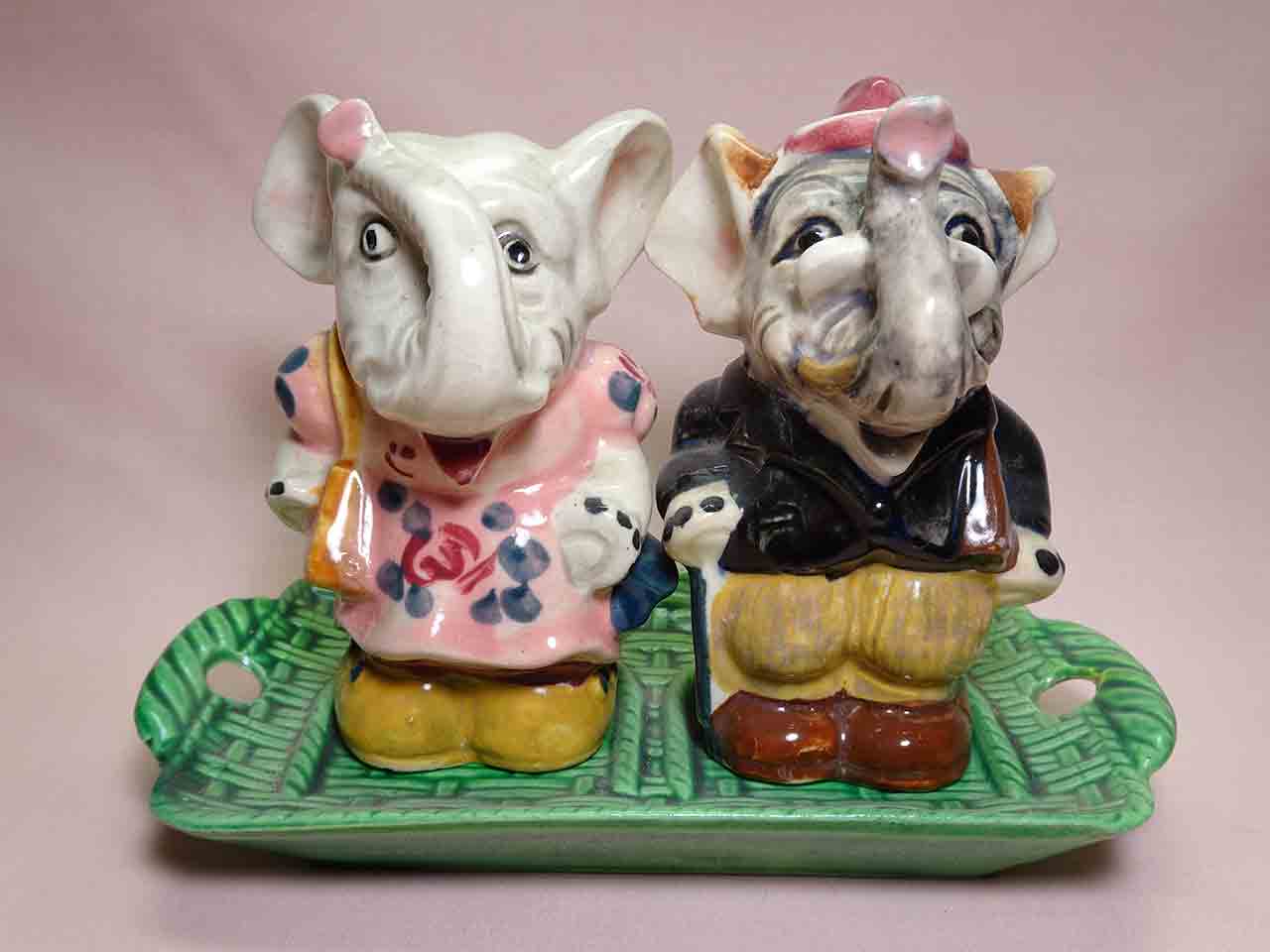 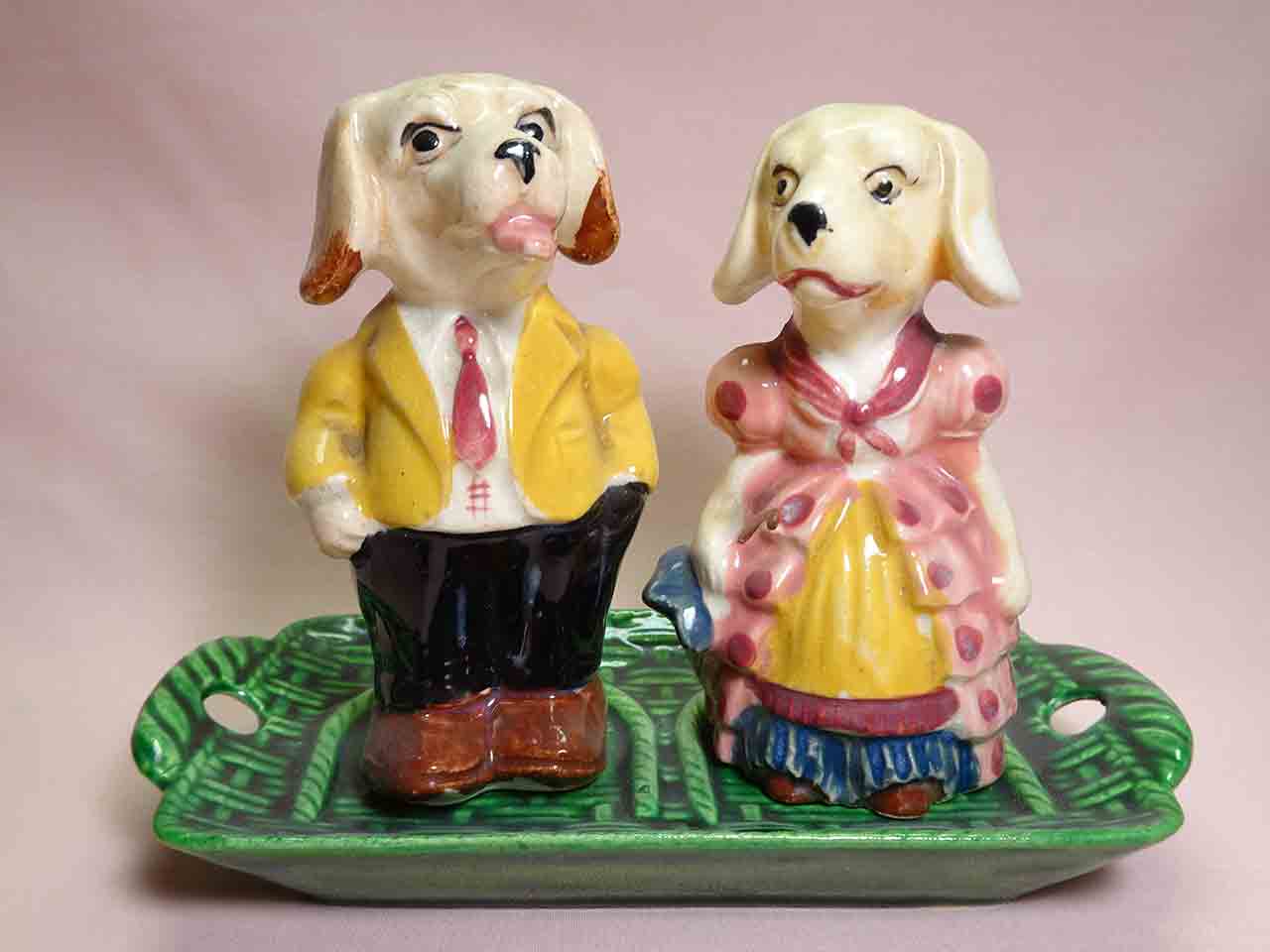 This series was first put together by Irene Thornburg for her second book about shaker series.  On page 32 of The Big Book of Salt & Pepper Shaker Series published in 1999, Irene shows photos of four out of five of these sets.  And none are on the green trays.  We'll admit, we don't know if the green trays belong.  The fifth "new" set is the giraffe couple.  The coloring (besides the male's jacket) is nearly identical to the other sets.  Interesting the horse couple is are the only animals playing musical instruments.

Either way, they look good together.  They are all stamped "Japan".  Circa 1950s. 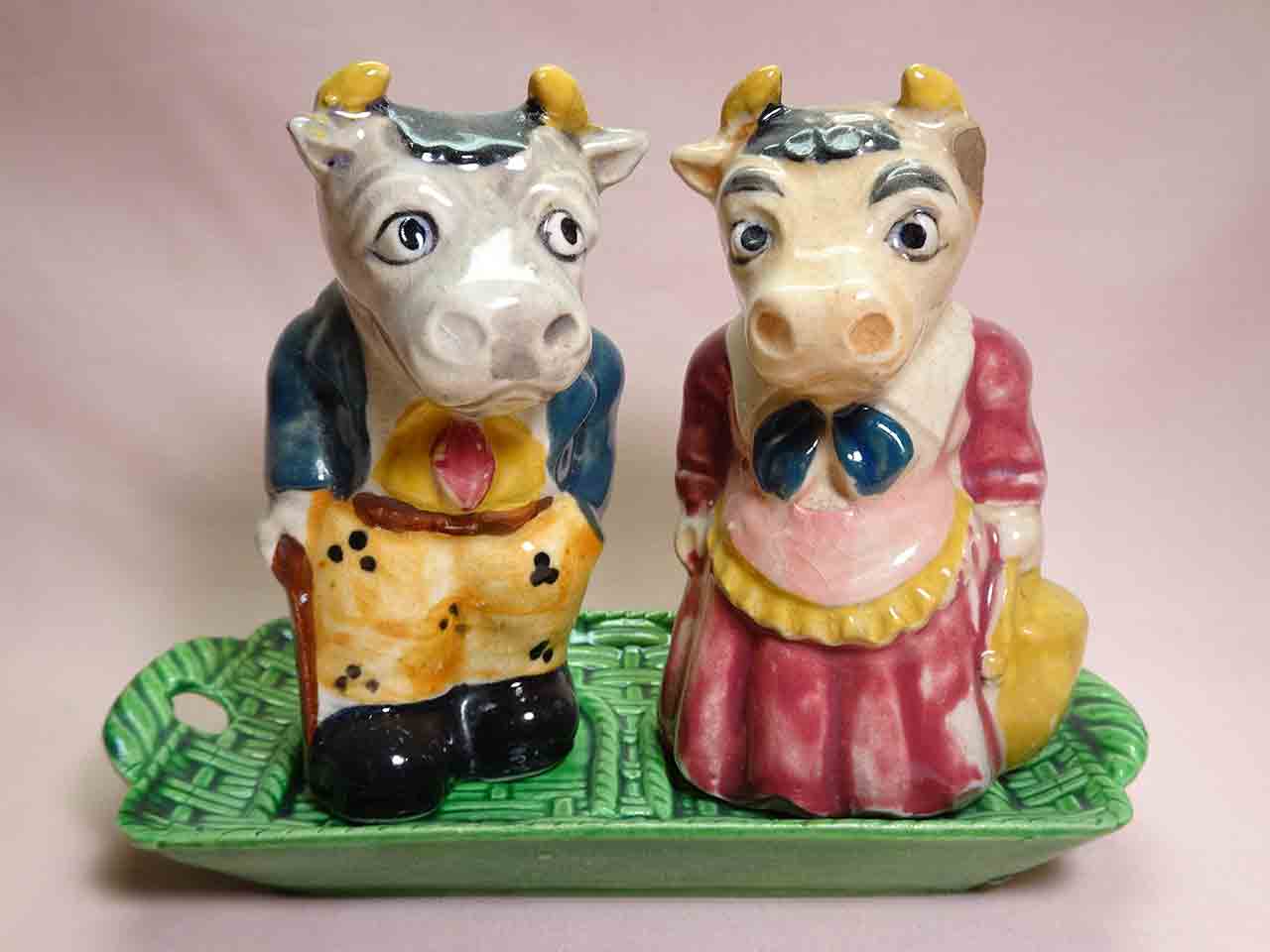 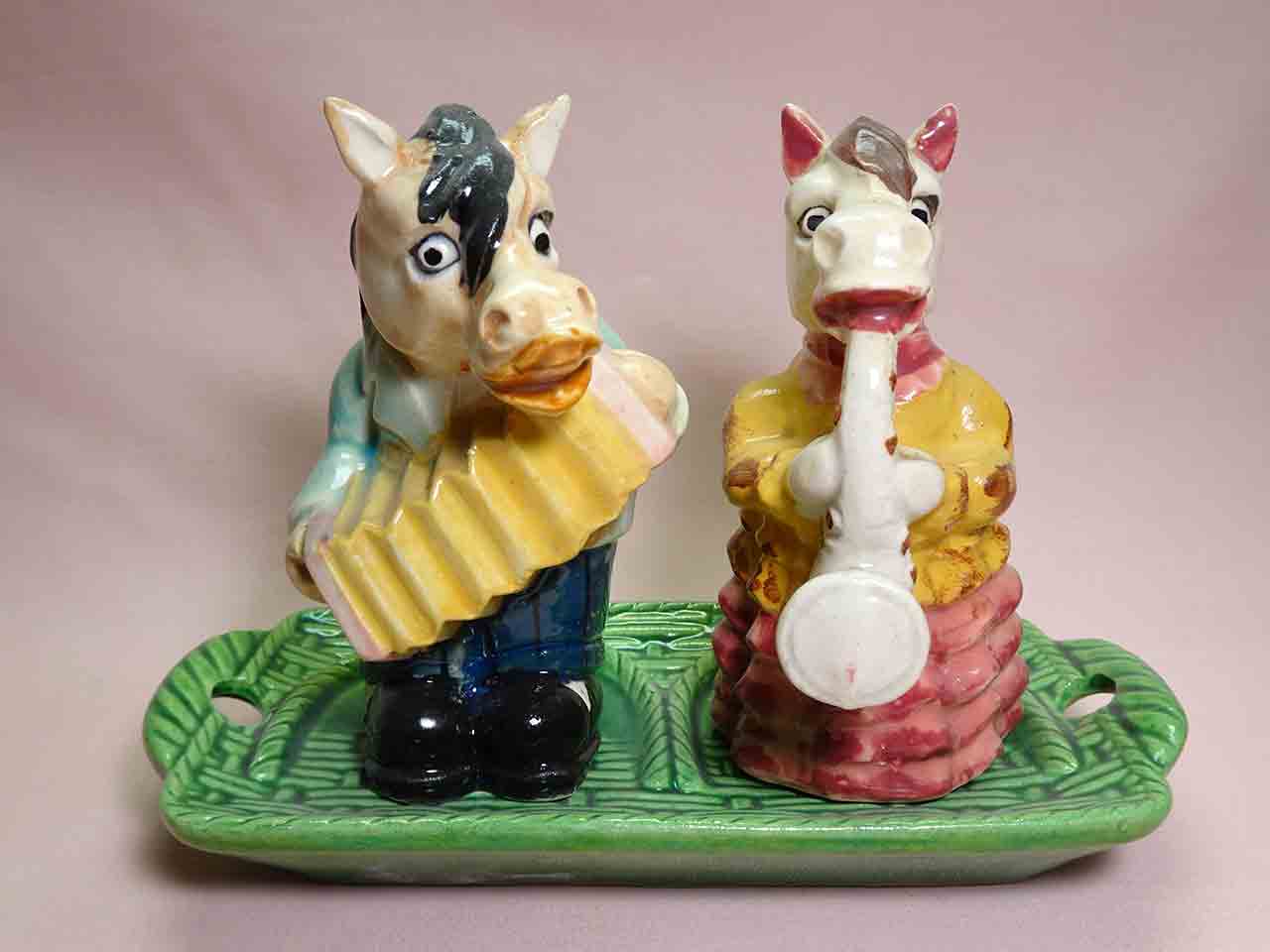 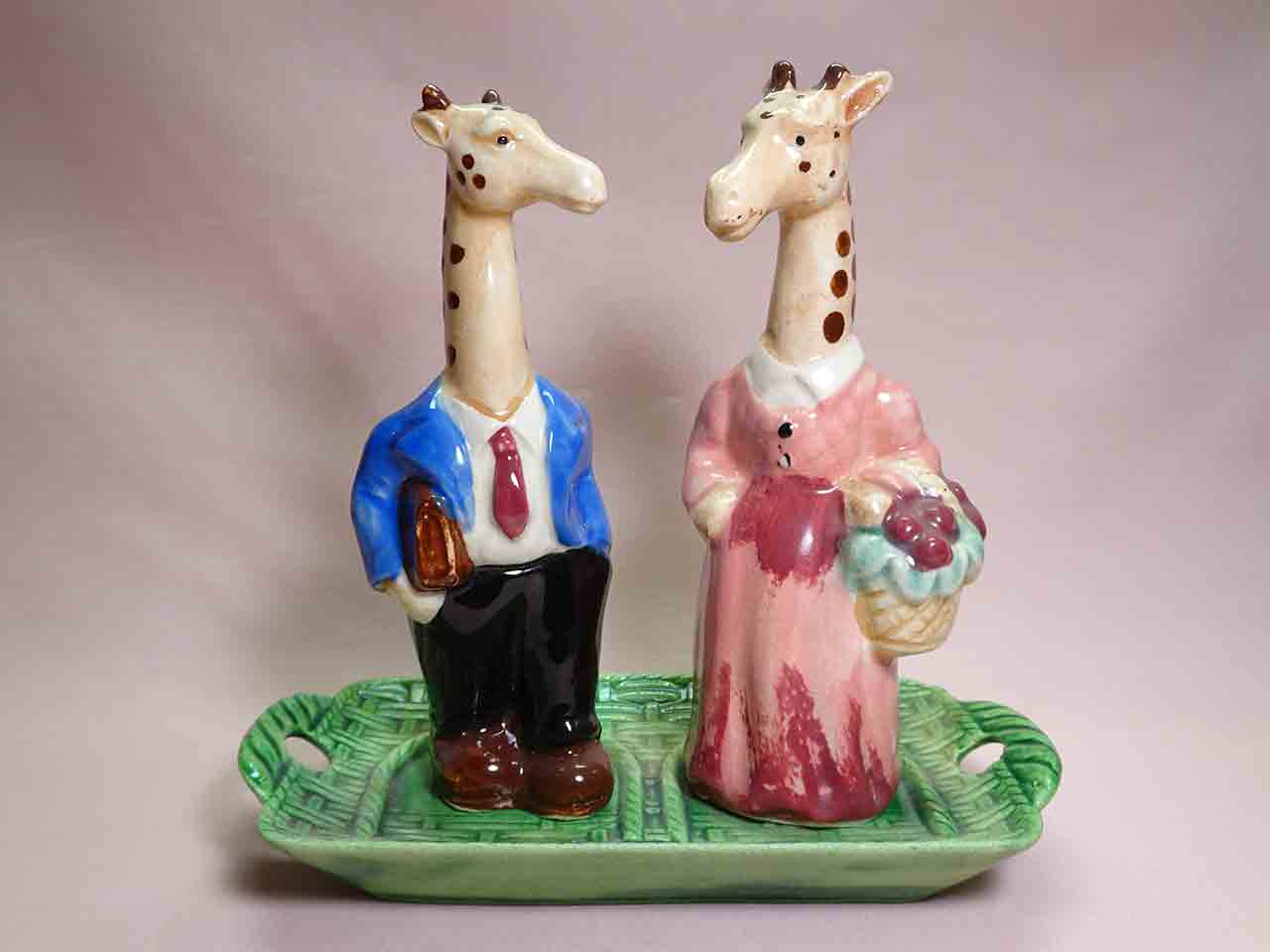