Description: The 2013 convention set is based on the iconic “Welcome to Fabulous Las Vegas” sign. Our version retains the shape of the original, including the tower with a starburst; a Swarovski crystal adorns the center of the star. The set also approximates the bright, bold colors of the sign.

The base of the set represents a craps table, and the shakers themselves are two anthropomorphic dice, each with a Swarovski crystal for a nose. Another pair of the dice decorates the two sides of the base. The black paint on the set has been mixed with glitter to represent the starry night sky.

The retro-style lettering inside the sign is also used on the back of the set to identify the occasion and the maker.

The Number One Shaker (trimmed in gold): Al Young, who purchased the Number Two silver-trimmed set at auction, with Allyson Nagel of A.N. Original, the shaker designer and manufacturer.

Photos of the set in production: 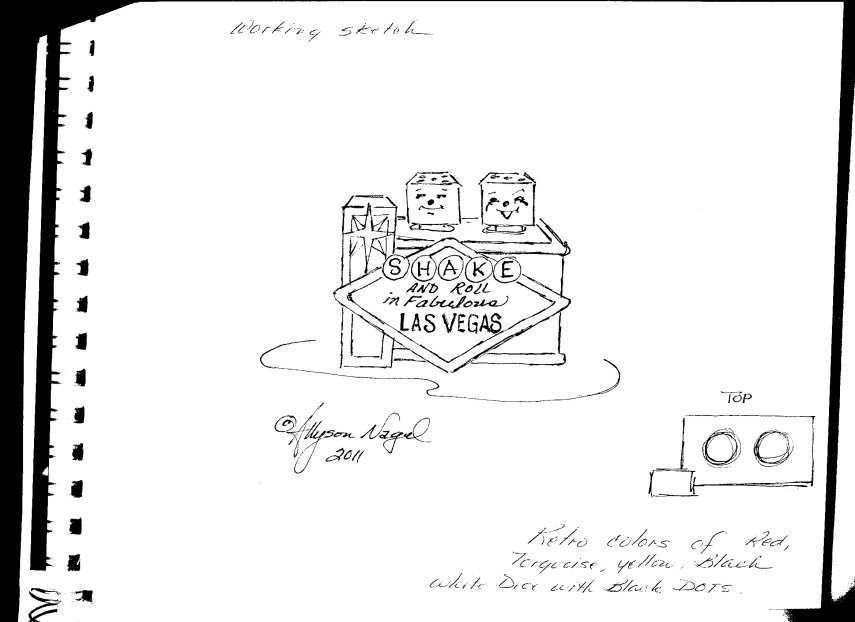 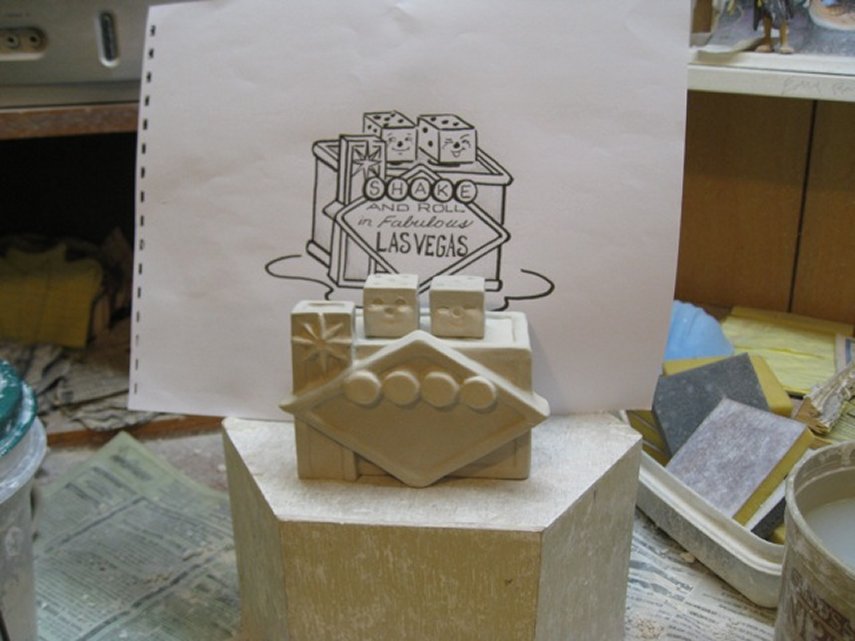 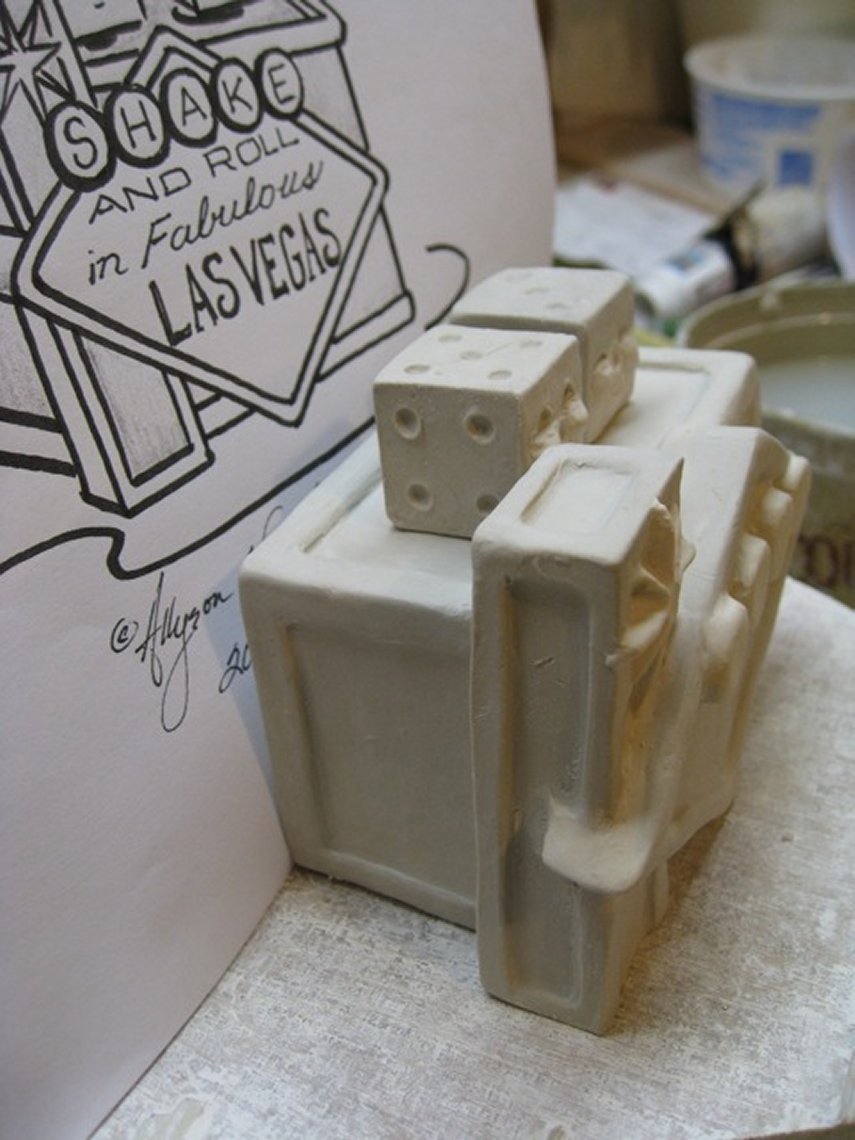 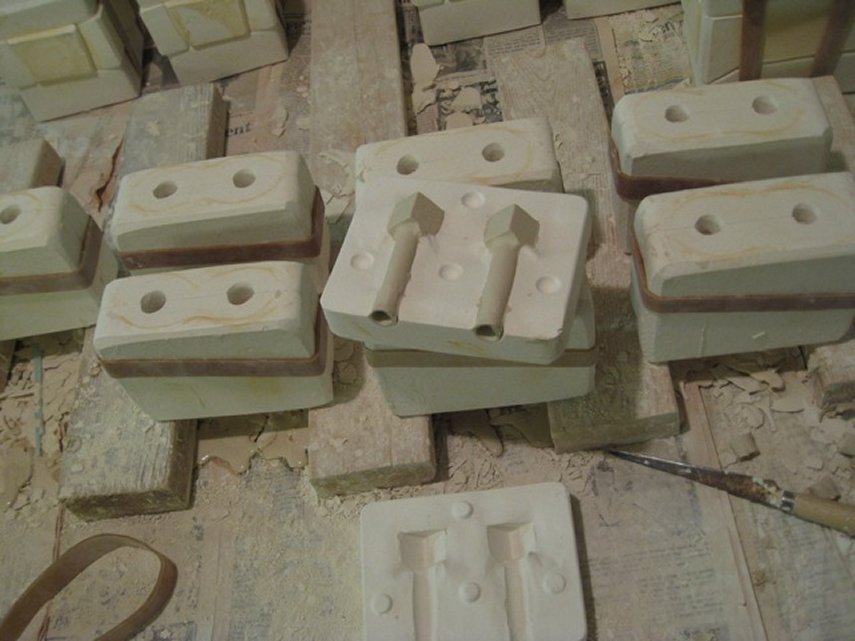 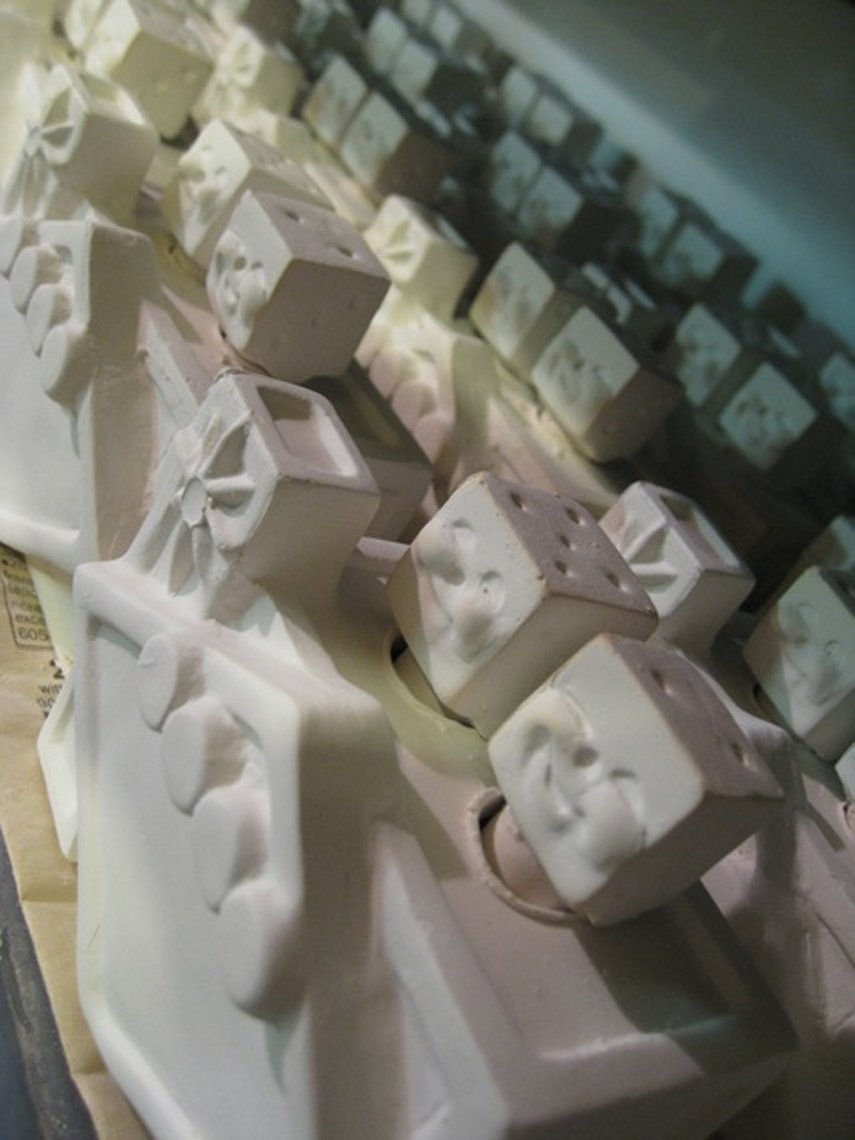 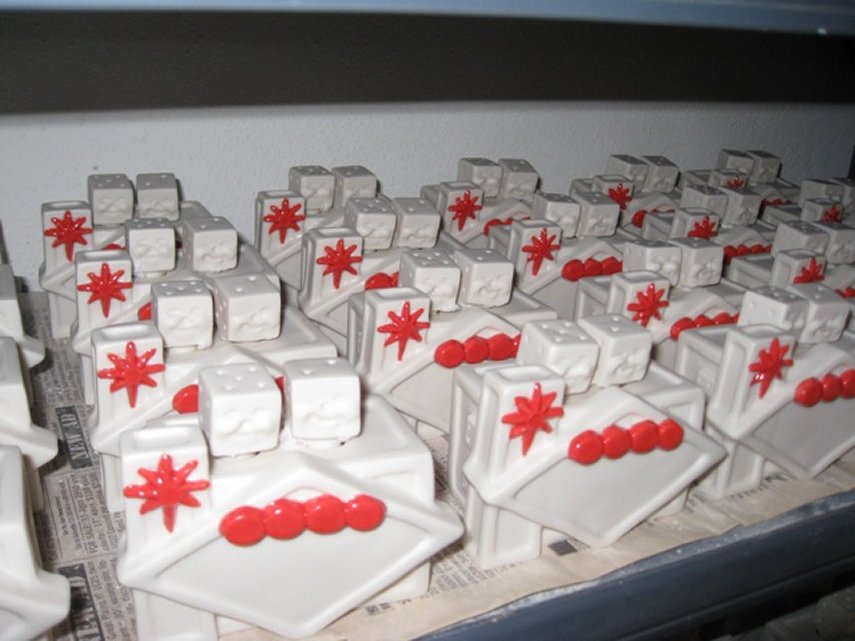 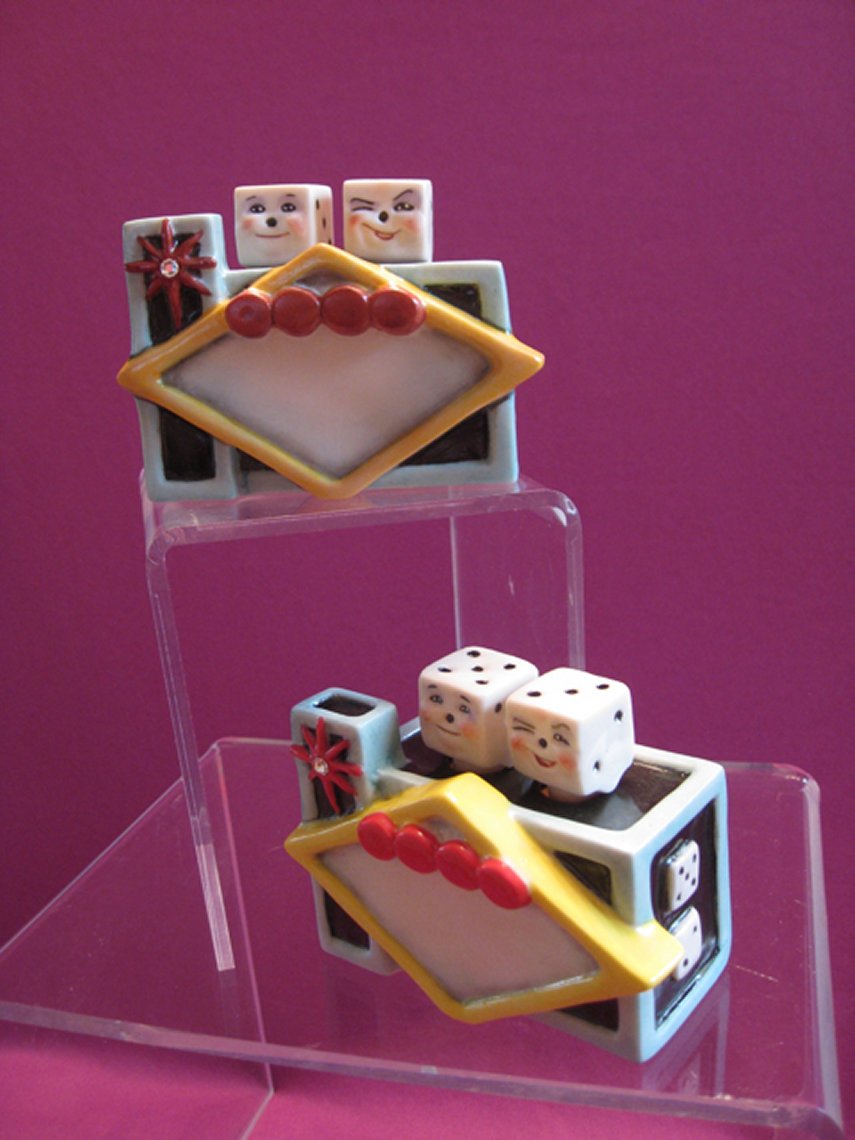 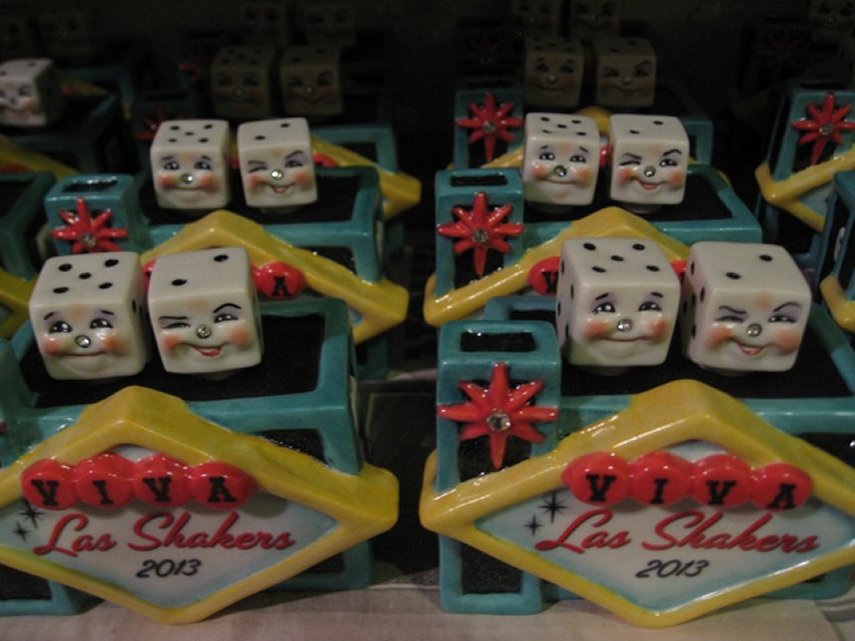